INTERVIEW with ARCHDUCHESS GABRIELA of AUSTRIA

THE GRANDDAUGHTER OF CHARLES I, THE LAST EMPEROR OF AUSTRIA. SHE IS ALSO A PROLIFIC ABSTRACT SCULPTOR, WORKING MAINLY IN STAINLESS STEEL AS WELL AS STONE-PRINTED LITHOGRAPHY. SHE WAS THE AMBASSADOR OF GEORGIA TO GERMANY FROM 2009 TO 2013. 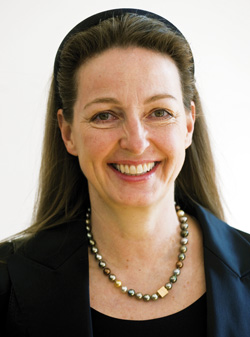 I was fortunate to have a loving family with 6 siblings close in age – all of which meant that I enjoyed a happy childhood in the natural beauty of Bavaria – with outdoor activities being a main stay of my growing up. My parents created a very warm family environment and instilled in us the values of hard work, tolerance and responsibility towards society and our fellow human beings.

Habsburg’s are well known as the Austria-Hungarian rulers for many years but because of the Habsburg Law, you were not allowed to enter Austria for many years. Have you ever felt that there has been an injustice performed against you?

My parents never made a big issue of the situation and we grew up therefore without considering this issue to be a problem. Children reflect the anxieties and hopes of their parents generally – and we did not experience this particular issue as a major drama – a feeling that persisted into adulthood.

Being born in Luxembourg, raised in Bavaria and having roots in Austria, which you could not enter for many years, must have changed your perception of your origin. So when somebody asks you where you are from, which nationality do you identify yourself with?

I always felt deeply European, especially that we all speak a number of European languages and consider ourselves at home in more than one European state. 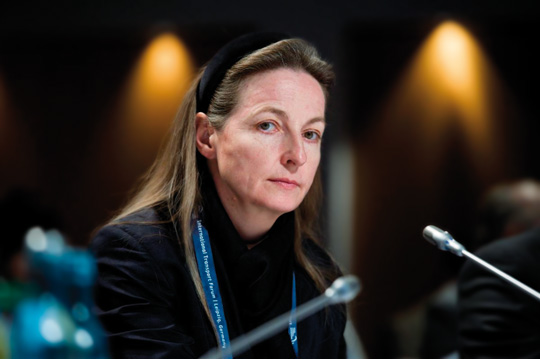 Your family and ancestors were very influential rulers in Austria-Hungary. Was your childhood influenced by politics? Did you talk about politics at home or was it a topic that was not usually brought up?

My father always encouraged us to discuss a particular political issue around the family dinner table with his characteristic style of thought that was long term and looked over the parapet towards future horizons of political developments and progress. 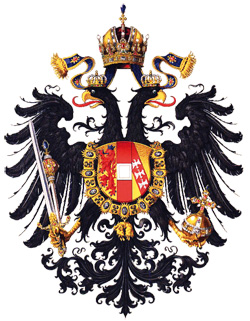 You come from influential political family, which probably gave you a good starting point for a political career. You started with studying philosophy for two years in Munich but then you decided to take a path of art. What made you change your career path?

My father was more influential as a thinker and writer than in terms of politics. He was a prolific author in history and political philosophy. I acquired my interest in philosophy and public service from him. It is in my view always a good grounding to read philosophy while in my case simultaneously, as result, I was making art and preparing for the art academy in Munich. So I never really changed my career path. Rather I acquired a structured knowledge of philosophy that stood me in good stead in both art and public service.

What was your family’s reaction to your decision to pursue career as an artist? Did they support you or were they disappointed in your decision?

My parents were always supportive of our goals when they felt that we were serious about the subject matter. That was the case when I wanted to pursue my art studies and become a sculptor. Art is not a foreigner in my family on both sides: My paternal great grandfather Archduke Otto of Austria-Hungary was an acknowledge talented painter, on my mother’s side it was Duke George II of Sachsen Meiningen who founded the famous Meininger Theatre.

While studying art, you were exposed to many different styles and techniques. How did you get to making sculptures?

I was fortunate enough to have an excellent music and arts teacher when I was still at primary school level. Reinhold Heller, my teacher, was one of the founding members of three avant-garde Munich art groups in 1968, “Wir”, “Spur” and “Geflecht”. Early on he encouraged me to produce three-dimensional nonfigurative and abstract art and that led to my keen interest in sculpture and eventually being a sculptor. 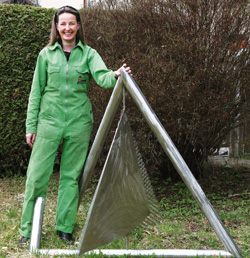 Who is your favorite artist? What is the most impressive element in his pieces?

It would be quite difficult to name one artist; rather there are different works that I like or elements of individual works that I find impressive. The dynamic nature of artistic composition means that, over time, these impressions also change.

In 2001, you were appointed professor at the Art Academy in Tbilisi, Georgia. What was your first reaction when you received the offer? Have you thought of teaching before?

In fact I was teaching art long before the Georgian offer. I feel a compelling sense of duty to ensure continuity in the flow of knowledge from my teachers to my students.

How do you find teaching? Do you have good students or are they being a big challenge to you?

Right now I am teaching at the Visual Art and Design School, VADS, of the Free University of Tbilisi in Georgia. I am happy to have very creative and engaged students - it is a real pleasure to teach there.

You received numerous awards for your work as a sculptor creating different monumental size abstract pieces. To which piece of your work are you most proud of?

I am always happiest with the piece I am actually working on. The one work that stands out in my memory is one that was also my father’s favorite. It was commissioned by a Hungarian group for the 7th anniversary of the fall of the iron curtain, particularly that it has stood since it was made at the spot where the border wires were cut open due to an initiative by my family in August 1989 enabling hundreds of East Germans to cross into Austria and liberty.

Due to your incredible work as a teacher but also as an artist and your contributions to Art Academy, you were granted Georgian citizenship. Do you consider yourself to be Georgian now? What is your favorite thing about Georgia?

As I mentioned I feel European. Georgia is one of the oldest cradles of European civilization so it was very easy for me to identify with the country and its culture. Georgia and Armenia were in fact the first European states to receive Christianity in the 4th century and given my family‘s pan European Christian heritage being a Georgian feels very normal.

The political situation was very difficult when you arrived in Georgia. Have you ever felt scared or insecure due to the situation? Could you tell us more about this period?

When I first arrived in Georgia in the late 1990s, the political and security situations were very difficult. Many people helped me and provided me with support and advice at the time which was indeed needed.

In 2009, you were elected to be an ambassador, representing Georgia in Berlin. Did you expect to be offered such a position?

I did not anticipate to be asked to represent Georgia and it was an honor to be appointed ambassador to Germany.

Have you ever considered that you would get involved in any kind of politics when you have already followed the path of art?

Art and politics may mirror the same set of beliefs if the artist is socially engaged. I have always been interested in political discourse and my art at times is an extension of that interest.

Now, you have overlap of two careers, the artistic one, and the political one. Do you think you can pursue both of them at the same time or will you choose to follow one?

I do not consider the two careers as separate. Rather they enrich each other and may in fact at times overlap.

As an ambassador for Georgia in Germany, what are your main political goals to achieve for Georgia?

As you know I am no longer Georgia’s ambassador to Germany. If you mean what my political aims were while in office my main goal was to raise the awareness and profile of a relatively small, but geopolitically significant country in a difficult international context, which included among other things Georgia’s participation in „partnership for peace programs“ and discussions with NATO and the EU.

It is a very small vineyard and  more of a hobby than anything else inspired by Georgia’s 8000 years of wine making.

You have a long name with  a number of titles that you have inherited. So what name would I find, for example, in your passport? Do you consider yourself royal?

A passport is an official document and as such my passport does not contain any titles as Austria abolished nobility and titles. Hard work and public service confer their own privileges and I am proud to have been awarded honors reflecting the work I have done.

What are your plans for the future?

I believe that engaging with the education of young people is an important obligation and the best investment we as a society can make in the future. I intend to continue to focus on developing these young minds.